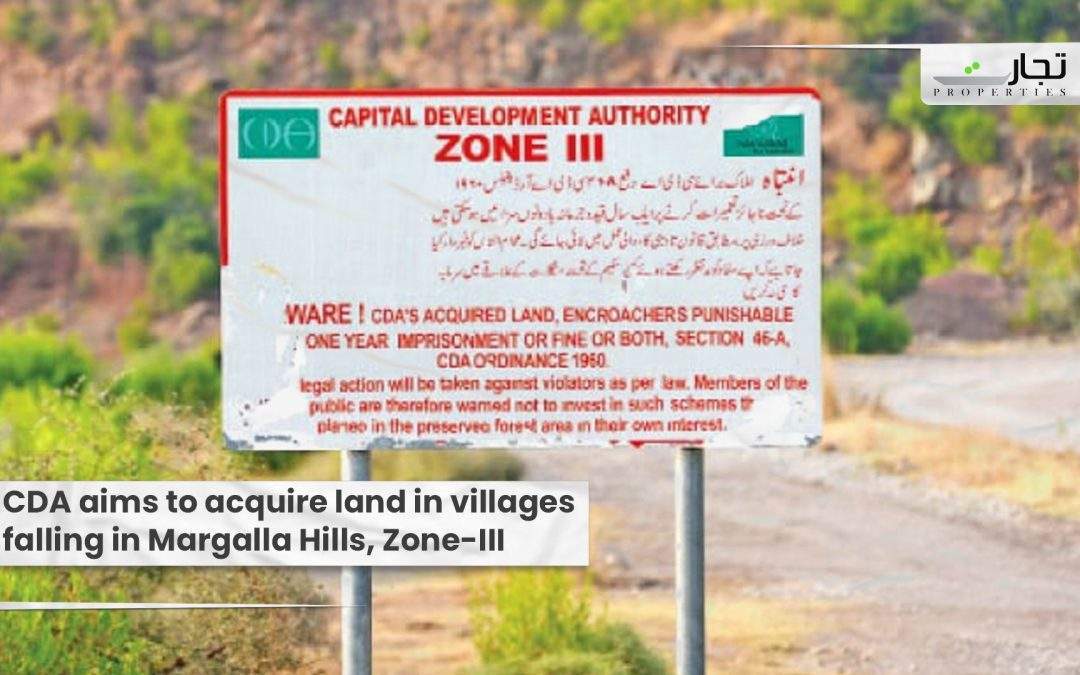 The Margalla Hills National Park (MHNP) is located in Zone III of Islamabad, which is divided into five zones. According to CDA officials, this zone encompassed 50,398 acres, with 19,992 acres of acquired land, 12,008 acres of forest and state land, and 18,398 acres of un-acquired and private land.

Initially, he added, the CDA was looking to buy historic settlements like Gokina and Talhar. The CDA has been saying that it will purchase private land in this zone, but no concrete steps have been made so far.

Officials, on the other hand, say that acquiring private land outside of the historic villages in Zone-III would be a failed project since the civic body would have to spend billions of rupees for the land and offer thousands of plots against built-up property.

Private land in Zone-III, a sub-zone D of Zone-IV, likewise falls into this category, with the CDA not acquiring land or permitting residents to build residences.