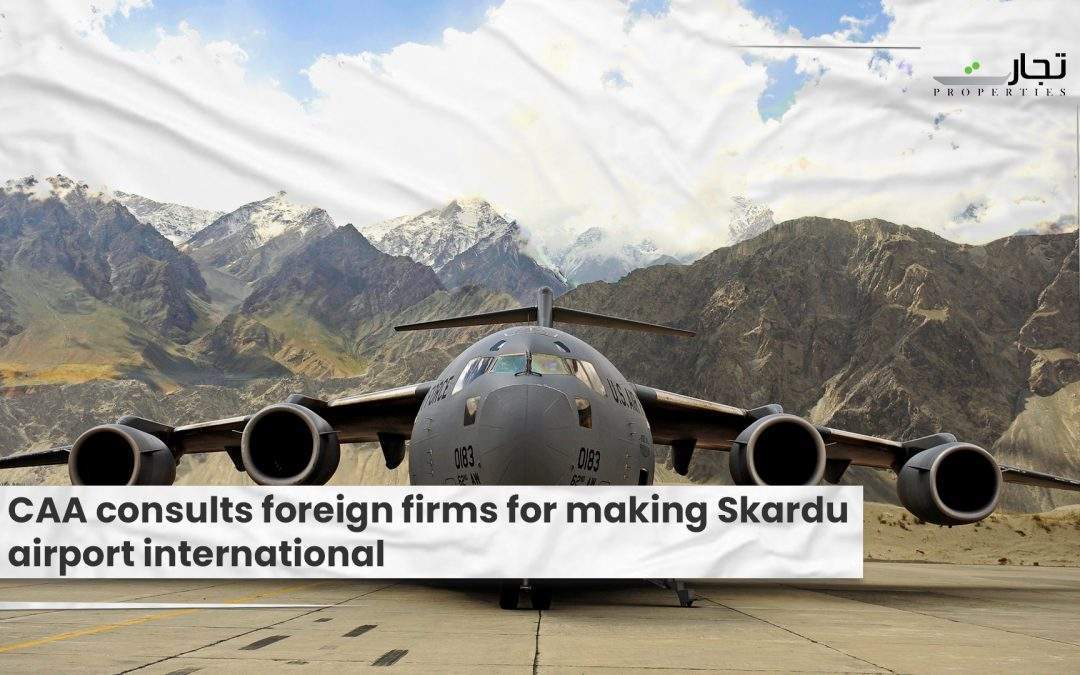 Skardu: After completing all on-ground arrangements and legal procedures for operating international flights from Skardu airport, the Civil Aviation Authority (CAA) has formally written to the International Civil Aviation Organization (ICAO) to request that the airport be added to Pakistan’s list of international airports.

According to our sources, CAA Director General Khaqan Murtaza stated that while immediate international flight operations were unlikely due to technical issues preventing only Pakistan International Airlines (PIA) flights from flying on this route, other airlines would be allowed to fly to and from this route.

A VFR aircraft is designed to fly in visual meteorological conditions, such as clear weather, while clouds, heavy precipitation, reduced visibility, and other unpleasant conditions are avoided.

It should be noted that during the previous summer season, five to six domestic flights were flown on this route, placing Skardu and Gilgit airports among the country’s busiest.

Due to the cancellation of foreign flights as a result of the Covid-19 lockdowns, PIA was able to operate the most flights to the United Kingdom from a variety of places, including Islamabad, Karachi, Lahore, Faisalabad, and Sialkot. Last summer, tens of thousands of tourists visited the rugged region.

The airport was upgraded with the addition of a new runway, a new terminal building, and other amenities to accommodate international flight operations.