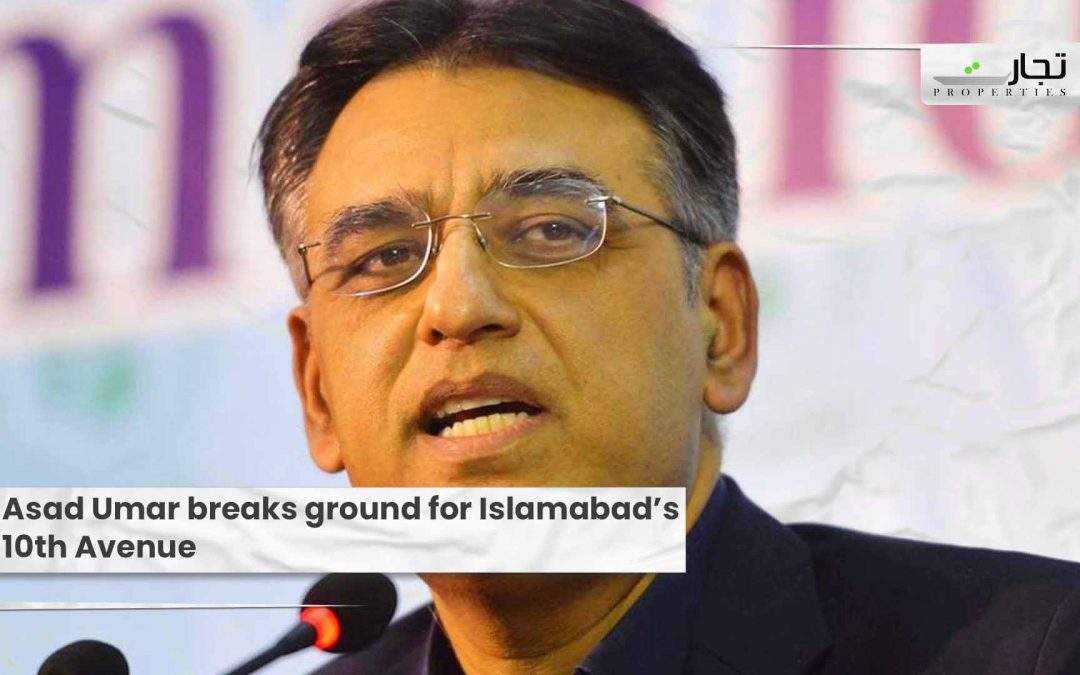 Islamabad: According to media sources, Minister for Planning, Development, and Special Initiatives Asad Umar held the groundbreaking ceremony for 10th Avenue in Islamabad on Saturday (December 4).

Ali Nawaz Awan, the Prime Minister’s Adviser on Capital Development Authority Affairs, was also present during the inauguration for Islamabad’s 10th Avenue. According to the minister, work on the project, which would cost PKR 10 billion, will begin in a few days.

He also stated that the project will take 18 months to finish. According to reports, the National Logistic Cell (NLC) would begin construction on the project’s IJP Road, Srinagar Highway, and from the project’s centre.

Minister Umar further stated that the construction on the IJP road and Margalla Avenue in the direction of Sangjani will be completed shortly. Asad Umar announced that every inhabitant of Rawalpindi and Islamabad will receive the Sehat Insaaf Card, which will entitle them to medical treatment of PKR 1 million every year. He went on to announce that construction on two health-related initiatives would begin soon.