As the third quarter comes to a close, the KP government is only using 35% of ADP funds 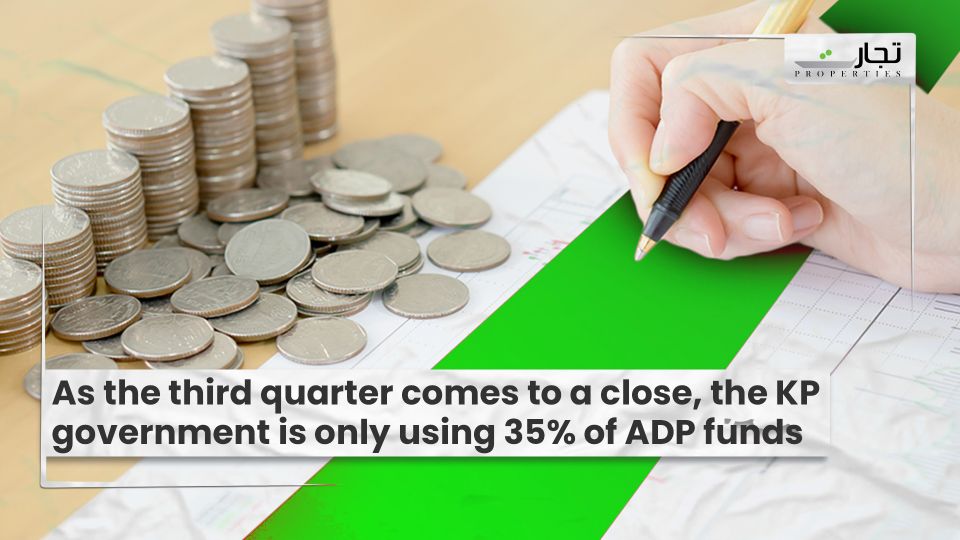 Peshawer: According to various sources, during the first nine months of the current fiscal year, the government of Khyber Pakhtunkhwa (KP) spent just 35% of the annual development budget (ADP) fund (9MFY21).

According to documents, the provincial government set aside Rs148.571 billion for the province, of which the province has invested Rs57.765 billion so far.

Similarly, the government allocated Rs34.286 billion for tribal districts in the current financial year’s development program, but only Rs9.797 billion was spent, and Rs49 billion was allocated under the Tribal Decade Strategy (TDSAccelerated )’s Implementation Programme (AIP), but the government only spent Rs14.418 billion.

Similarly, under the AIP of the Tribal Decade Strategy (TDS), no money has been spent on food, science and technology, transportation, economic growth, justice and law, minerals, reconstruction, and resettlement.