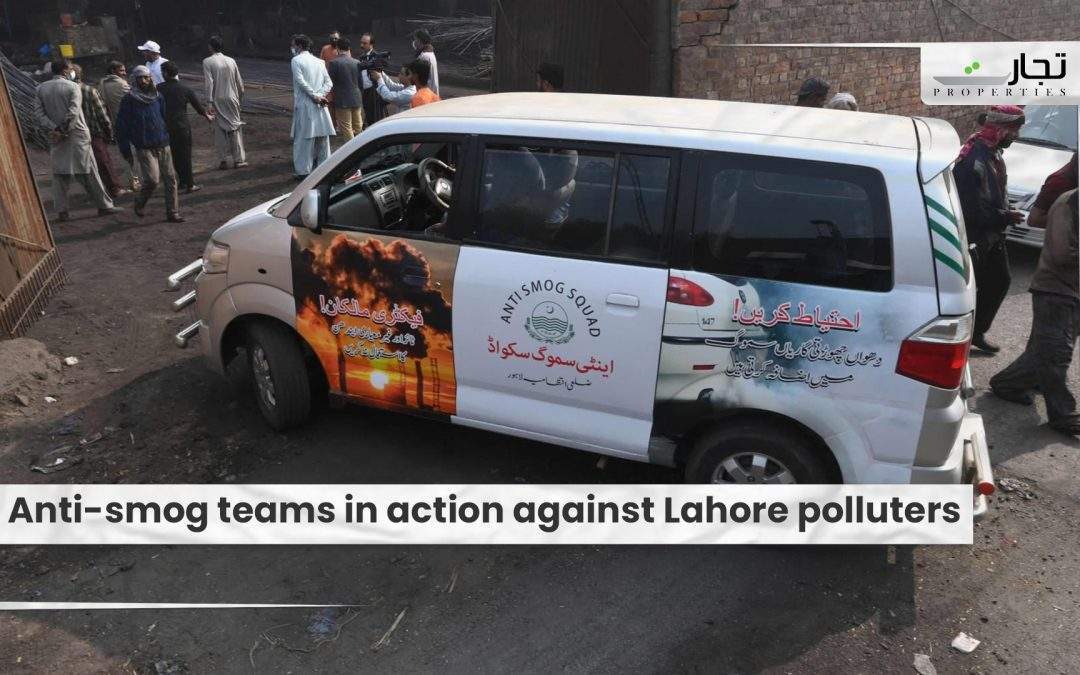 Lahore: On Thursday, the district government dismantled four pyrolysis facilities and sealed 14 others in various parts of the city for polluting the environment. After Lahore topped the list of the world’s most polluted cities, Commissioner retired Capt Muhammad Usman organised five anti-smog squads.

The team will visit businesses and take action against violators, such as levying fines. The environmental protection department would lead the squad, which would also include representatives from the police, Wasa, Lesco, and the municipal corporation.

Anti-smog teams went across the city, sealing pollution-causing pyrolysis plants, brick kilns, and other industrial units. There are 18 pyrolysis factories in the city, according to the district administration, which melt plastic, old tyres, iron, and other discarded products with hydrocarbons.

These plants were sealed and unable to function as a result of the anti-smog. Four of the plants, on the other hand, had shattered the seals on their own and began working.

City districts teams invaded functioning plants and demolished their buildings on the orders of Deputy Commissioner Umar Sher Chattha for unsealing the plant without authorization and installing different structures without approving maps from authorities, producing pollution.