After three decades, the Rawal Dam’s water supply to Islamabad has been restored 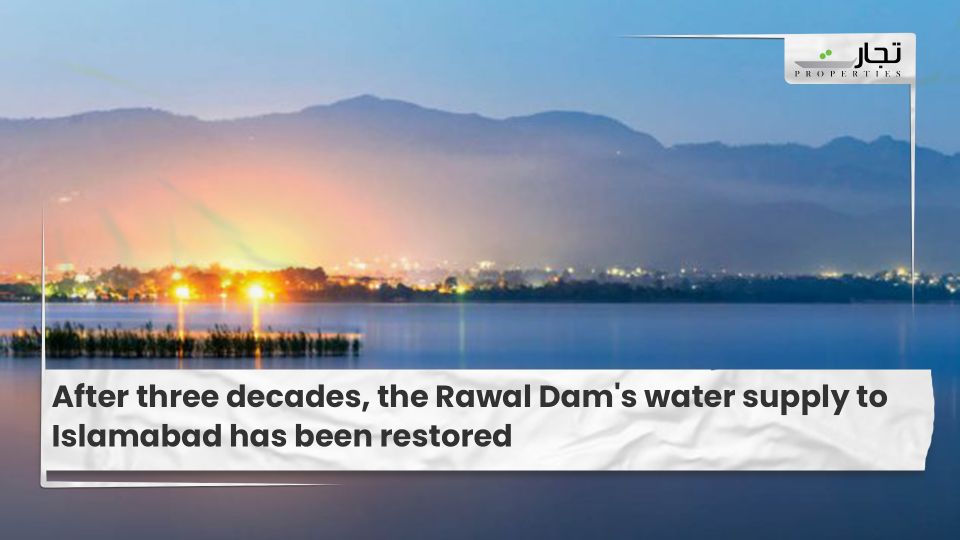 Islamabad: According to the sources, the water supply from Rawal Dam to Islamabad has been restored after a three-decade hiatus.

On Monday, the Capital Development Authority (CDA) began receiving two million gallons per day (MGD) of water from a treatment plant near the sports complex.

“We are very happy today as finally the supply of water from Rawal Dam has been restored,” said Ali Nawaz Awan, Special Assistant to Prime Minister on CDA Affairs.

He said that adding two million gallons of water to Islamabad’s supply system would assist the CDA in overcoming the city’s water shortage.

Officials said that when CDA Chairman Amer Ali Ahmed was told about an abandoned treatment plant near the sports complex last year at a meeting on water supply issues, he challenged the reason for its construction.

He was told that until the 1990s, the CDA used to get two to four MGD of water from Rawal Dam and that the water was processed in the plant before being released to the sectors.

According to officials, the chairman then directed the water supply directorate to make the plant operational while the CDA worked to restore the dam’s water supply.

He also gave money to the water directorate to resurrect the defunct treatment plant. Later, the CDA paid the Small Dam Organisation Rs32 million in unpaid dues for the reconstruction of the dam’s supply.

“A CDA team and all the committee members above party lines deserve appreciation for this achievement,” Mr. Awan said, adding that the supply of water will be enhanced in many residential sectors after the inclusion of the two million gallons per day (MGD).

Islamabad is considered a water-scarce city because it only receives 65 to 70 MGD of water every day, despite a total demand of 220 MGD. Simly Dam, Khanpur Dam, and tube-wells are the only sources of water in the capital city. However, these three water sources are decades old, and little attention was paid to discovering new water sources.

On the other hand, Islamabad’s population has grown dramatically, with a total population of over 2.2 million people and rising.

CDA officials said the civic agency was concentrating on the repair and maintenance of supply lines by plugging leaks in the pipelines as a short-term measure. A total of seven new tankers have been added to the fleet.

The CDA has claimed that the Ghazi Barotha Project, which is intended to provide 100 million gallons of water per day to Rawalpindi and Islamabad, is a long-term solution, but the project has yet to progress beyond the feasibility stage.

According to officials, the federal government will be responsible for the project’s execution because it will cost more than Rs70 billion.

Nevertheless, the federal government has set aside Rs400 million for the feasibility study and Rs3,154 million for land acquisition in the current fiscal year 2020-21.