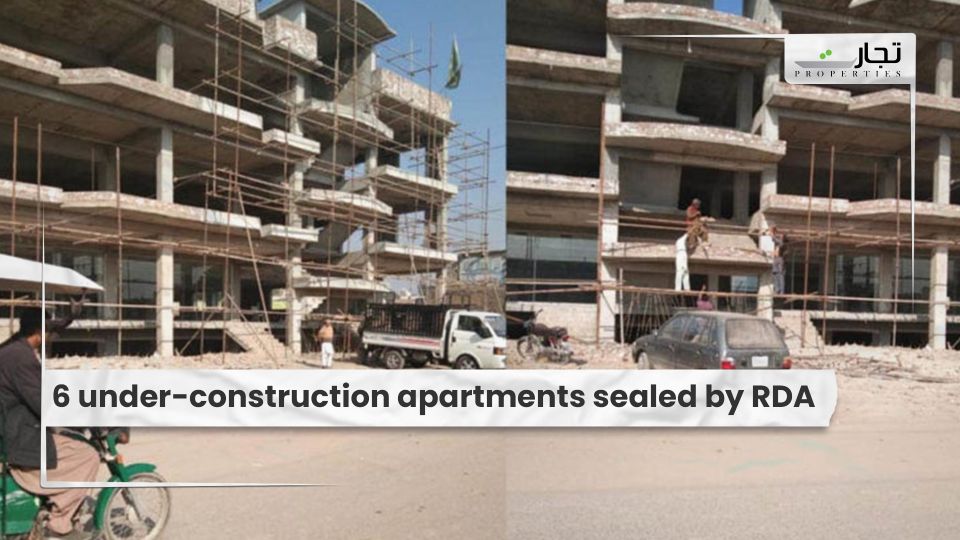 Rawalpindi: According to a recent news report, the Rawalpindi Development Authority (RDA) has sealed six under construction apartments of the Elite Reverie Housing Scheme (Eighteen Islamabad), on Tuesday.

The apartments were being built against the authorized layout plan. In the district, the RDA is conducting massive operations against violations, illegal construction, and land mafia.

According to an RDA spokesman, the Building Control Wing has been actively conducting operations against illegal commercial and residential constructions in Rawalpindi’s controlled sector, including plazas, shops, schools, and other illegal land use.

He stated that the property owners were illegally constructing residential buildings without a map permit, in violation of the Punjab Development of Cities Act 1976 and the RDA Building and Zoning Regulations 2020.

According to him, the RDA DG had ordered the building control wing to take stern action against encroachments, unauthorized and unauthorized constructions, and commercial activities without fear or favour. People, he said, should also take moral responsibility and eradicate all types of encroachment as much as possible to prevent more loss. He said that the property owners had unlawfully carried out construction work in various areas without the approval of a layout plan.