30 bazaars start functioning in the city for Ramazan 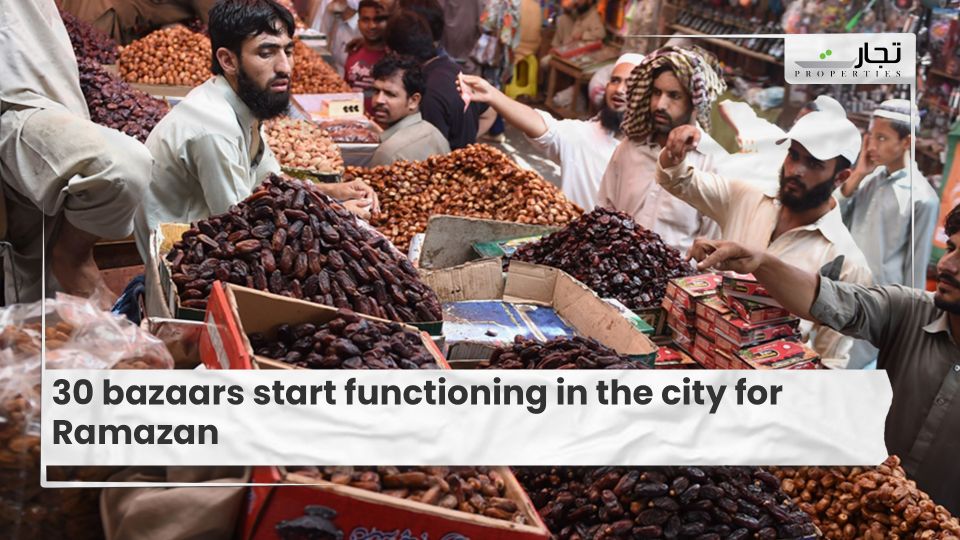 Lahore: Before the holy month begins in a few days, the divisional administration opened 42 Ramazan bazaars in Lahore, Kasur, Sheikhupura, and Nankana Sahib districts on Sunday.

There will be 30 bazaars in Lahore alone, as well as 200 mobile vegetable/fruit shops where people can buy goods at wholesale prices. As per the sources, each tehsil in Lahore (City, Raiwind, Shalimar, Model Town, and Cantt) has been allocated 40 mobile shops.

“These mobile shops are operated by motorcycle-rickshaws that were already being used by the fruit/vegetable vendors. But we have done some branding work and provided them with the products on auctioned rates of the market and allowed them to sell the same on notified wholesale rates in the open markets,” he added.

Read more: WASA ensures no shortage of water in Ramazan

The 30 bazaars in Lahore included four in Gulberg, six in Nishtar, three each in Ravi, Samanabad, Aziz Bhatti, and Data Ganj Bakhsh zones, seven in Iqbal, and two in Wagha zones, according to notifications, while 12 bazaars were set up tehsil-wise in the districts of Kasur, Sheikhupura, and Nankana.