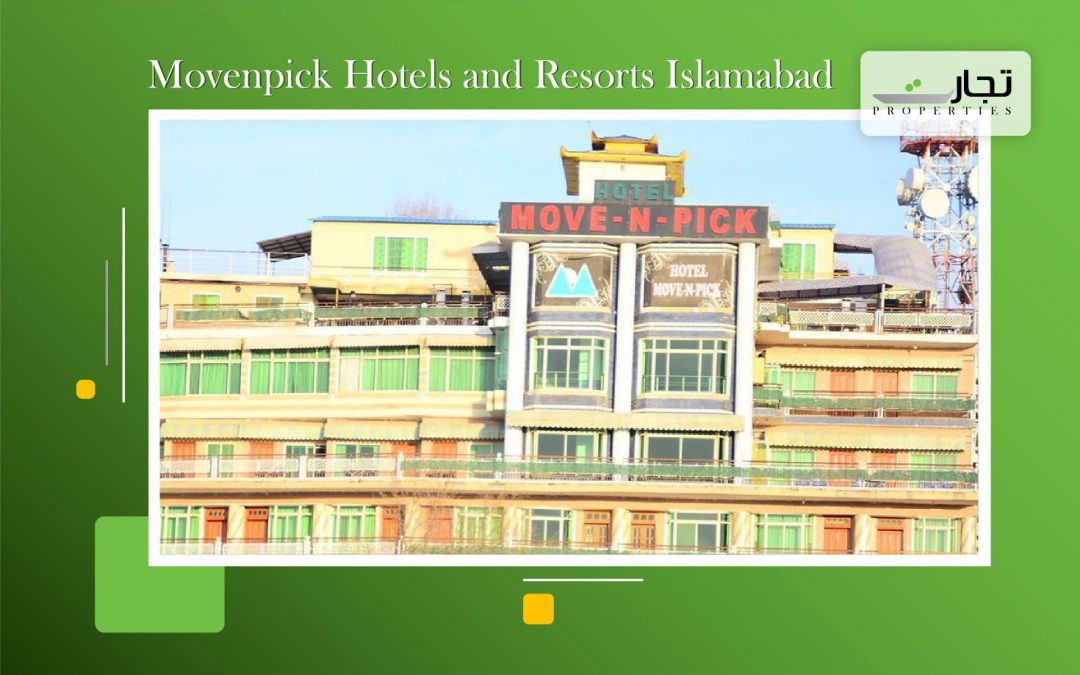 Mövenpick Hotels & Resorts is planning to start managing a new hotel in the very heart of one-of-a-kind first-ever smart city of Pakistan, which is Capital Smart City Islamabad.

The company has already signed an agreement with Smart Properties, a leading real estate developer, Future Development Holdings (FDH) to manage and handle the operations of Mövenpick Hotel & Residences Capital Smart City, Islamabad. It is expected to begin operations in 2023. 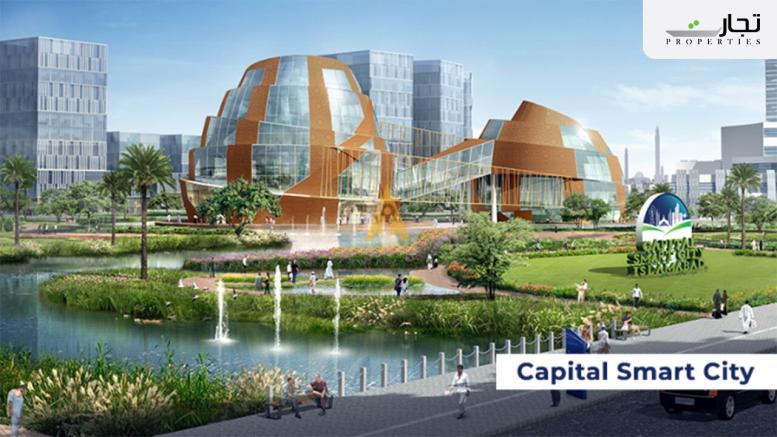 Capital Smart City is one of the most talked about housing societies in the Islamabad region. It has been very popular amongst many investors due to many of its smart and salient features. That are being offered to its future residents and investors.

The housing society is a joint project of two very well renowned companies, Future Holdings Development and Habib Rafiq (Pvt.). Both of these companies have been able to create a name for themselves in the real estate industry and business of Pakistan.

The very big plus point of the housing society is the area where it is being developed. This being developed and constructed in the very prime location of Islamabad. Where it is just a 5-6-minute drive from the new Islamabad International Airport. And is also located on the Lahore-Islamabad Motorway M2.

Smart City is also being developed with the help of Singapore based company known as “Surbana Jurong”. This firm has helped in creating the master plan for the housing society. It is currently one of the largest Asia-based urban, engineering and infrastructure consulting firms, comprising of a global team of over 16,000 employees across more than 120 offices including architects, designers, planners, engineers, and other specialists.

To fulfill these demands, Capital Smart City has hired the best of the best architects and designers to bring a modernization and to create a different kind of housing society, so that it may stand out from all the other housing societies, in Islamabad.

The main focus of the society is to create and develop an environment on enhancing the natural features of the society and the plan includes new infrastructure such as a public transport network with strategically placed stations, a central boulevard and high-rise buildings are all integrated into the master plan.

The concept of this project revolves around the idea that the innovative new destination will provide an opportunity to live, work and play, and attract foreign investment. A Smart City aims to provide a unique, sustainable development and services in its surroundings. Capital Smart City Islamabad fulfills all the requirements of a beautiful smart city.

The location of Capital Smart City is being constructed in the prime location of the capital territory. With just being on 5-6-minute drive from the new Islamabad International Airport. The housing society is going to be easily accessible from both the twin cities, Islamabad, and Rawalpindi.

The project is located upon the Lahore-Islamabad M2 motorway. Which too gives it a big advantage of being in such a prime location.

Not only this, but there are also several other very well renowned neighboring housing societies in the area. Some of these include, Eighteen Islamabad, Blue World City, University Town Islamabad etc.

With having so much land they are able to create and bring more diversity to the designing of plots and houses. With being able to acquire so much land, the developers are making sure that the housing society will be absolutely created at international standards. Moreover, the developers have been able to hire architects and designers, who will create the housing society into an absolute beauty to invest and reside in.

In addition, in July 2020, the housing society developers were able to gain more land to develop on which made the land in total to almost 88,000 kanal. And because of this, it is the biggest housing society in its locality.

Along with residential and commercial plots, The Smart City offers many other residential projects for one to reside or invest in, according to their budget. Following are some of the other projects:

Having so many different options to choose from, the most important thing is to know what your budget is and to work along with that. The more budget you have the more luxuries you can invest into. To each their own as it is said. With whatever brings you at a comfort level, you should go with that.

One of the many reasons that Capital Smart City is different from other housing societies is that the society offer its investors the concept of smart housing and technology. Nonetheless, it provides and ample facilities and amenities to its investors and future residents. These facilities will be of the absolute state of the art and of high-end, international standards. Following are some of the many facilities and amenities provided in the housing society:

One of the most unique elements and facilities being provided in the Capital Smart City is the overseas block. The overseas block is a designated block for overseas Pakistani who are residing abroad.

In the Overseas Block, the demands and needs of overseas Pakistanis are being fulfilled. The housing and construction will be done in the same manner as if it were their own homes back abroad. Not only these but the overseas block is also providing with services that can be provided on demand.

Availing full advantage of advance technologies, this block can provide you a feeling of luxury and belonging. If you wish to be the first of many to make the most of that futuristic idea of houses that will aspire one to live and gain from ultramodern technology along with absolute comfortability.

Mövenpick Hotels and Resorts are on of the most renowned hotels and resorts in the world. With Swiss roots and a restaurant and hospitality heritage that dates back to the 1940s, their approach to service has remained consistent; warm, intuitive, personal, and uniquely ‘Mövenpick’. Mövenpick was initially just a restaurant business opened up and, having several restaurant branches launched all over Europe.

Since it was established in 1973, Baar, Switzerland, the hospitality firm has expanded its international presence and today, manages 20,000-plus rooms in more than 82 hotels across Africa, Asia, Europe, and the Middle East.

In 2003, Mövenpick was named the “fastest growing hotel chain in the Middle East” by The World Travel Market.

To create more of an international presence, Mövenpick Hotels and Resorts has also increased its reach within Pakistan as well in the city, Karachi. Mövenpick Hotels & Resorts is to manage a new hotel in the heart of Pakistan’s first smart city, growing its portfolio in the country to develop more hotels and resorts in different cities.

The hospitality firm has signed an agreement with one of Pakistan’s leading real estate developers, Future Development Holdings (FDH), to operate Mövenpick Hotel & Residences Capital Smart City, Islamabad, which is expected to open in 2023.

It is a magnificent housing society being developed in the capital territory of Islamabad. It is a mixed-used mega development featuring residential, retail, commercial, entertainment and hospitality components that’s just five minutes by car from Islamabad’s new international airport.

The Company is all set to uphold Mövenpick’s traditional Swiss values in the project thus increasing the interest and project value of the housing society.

The hotel is going to consist of 250 hotel rooms and 150 serviced apartments, four dining venues, meeting facilities, a fitness center and two swimming pools, which will ensure Swiss values and comforts to its investors and residents.

Furthermore, the hotel and resort, will consist of the absolute highest standards of luxury and hospitality to its guests and residents. It will also have a workforce, staff of professionally skilled individuals which will increase the career opportunities in the mega residential project and heighten its appeal.

It is not the first Mövenpick hotel and resort being built in Pakistan. There is one that was developed and constructed and inaugurated in Karachi in 2014. But this hotel and resort is a little different. The difference lies that this will not only just be a hotel and resort but also a residential building and project.

Due to absolute success of the first hotel built in Karachi, the Swiss company is now catering to developing and constructing more hotels and resorts in Pakistan.

With the concept of housing societies being on the rise in many of the metropolitan cities of Pakistan, many individuals may consider it as a very big investment opportunity in the mist reliable and safest way possible.

Capital Smart City is one of those housing societies being developed in the capital territory of Islamabad, where it will be providing its investors and future residents the best of the best of facilities and amenities there ever could be.

Which is going to be very beneficial for Pakistan. As it will help in the country gaining more recognition, by other international firms and companies, to invest in. This investment is going to help in creating more international recognition of Pakistan in terms of real estate and be able to open doors for the county.

We hope that Mövenpick Hotels & Resorts will bring its valuable experience and resources to Pakistan and develop a joint working model that will benefit not only the shareholders but also the residents of Smart City. Such ventures have huge potential for the development of the real estate industry of Pakistan.