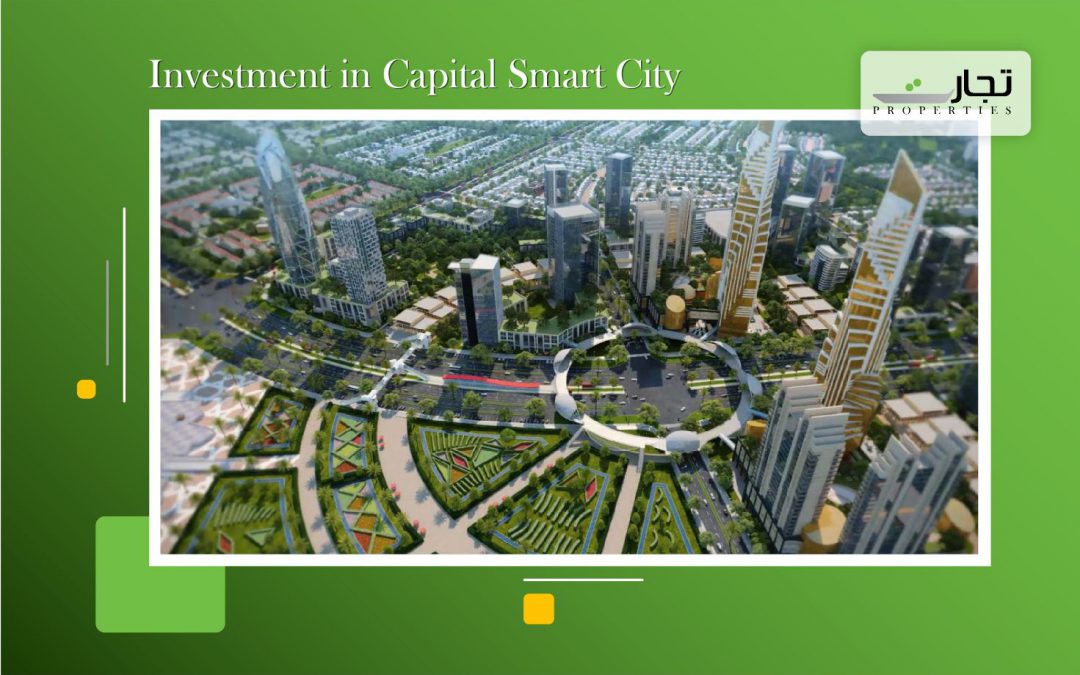 Capital Smart city is joint collaborative project between Future Holding Developers and Habib Rafiq (Pvt.). Both of these companies have been able to establish and create a name for themselves within the real estate and housing society industry in Pakistan. And continue to grow as the years pass by.

The master was developed by a Singaporean firm known as Surbana Jurong. Which is one the largest Asia-based urban, engineering and infrastructure consulting firms, comprising of a global team of over 16,000 employees across more than 120 offices including architects, designers, planners, engineers, and other specialists.

Such societies are the reflection of the vision of the owners and developers who have dreamed of providing a place to live which offers extravagant lifestyles at affordable prices.

One of the main advantages that Capital Smart City has, it that it is located on a 5-6-minute drive from the new Islamabad International Airport. It is located on the Lahore-Islamabad Motorway M2.

This is going to be the most sophisticated society, with great views and facilities providing to its investors and future residents. It is being constructed on the basis of modern architecture and design to fulfill the sustainability and demands of the residents. where they will have every world-class facility at their doorstep.

To fulfill these demands, Capital Smart City has hired the best of the best architects and designers to bring a modernization and to create a different kind of housing society, so that it may stand out from all the other housing societies, in Islamabad.

Capital Smart City is located on the Lahore-Islamabad Motorway M2. Moreover, the biggest advantage that the housing society has that it is a 5-6-minute drive away from the Islamabad International Airport.

The society is easily accessible from both of the twin cities, Islamabad, and Rawalpindi. And is also at a distance of 9.2 kilometers from the M2 Toll Plaza.

By July 2020, the land acquired for Capital Smart City increased to 88,000 kanals. With having so much land they are able to create and bring more diversity to the designing of plots and houses. It is going to be the biggest housing society in its locality.

Having so a wide range of alternatives to browse, the main thing is to understand what your financial plan is and to work alongside that. The more budget you have the more extravagances you can put into.

Capital Smart City is providing its investors and future residents with many state of the art facilities and amenities to make living much more easier and comfortable. The housing society is going to be the first ever society that consists of Smart Features. Following are some of the many facilities being provided:

With endless conveniences being given inside the lodging society it is extremely difficult to disregard the way that Capital Smart City will be an outright exceptional lodging venture. These offices and luxuries are of without a doubt the most elite norm and of the global norm. Furthermore, this as well as there are numerous different offices and enhancements that are being created and built.

Capital Smart City offer one of the most unique features that no other housing society has initiated and that it the “Overseas Block”.

The Overseas block is a safe way for overseas Pakistani residents to invest safely into their home country. Moreover, the block is being developed and constructed in the absolute prime location of the entire housing society. It will be the star of the entire society.

The concept of the overseas block is to make the sense of feeling of living back home when they are abroad. In the Overseas Block in Capital Smart City, the demands and needs of overseas Pakistanis are being fulfilled. The housing and construction will be done in the same manner as if it were their own homes back abroad. Not only these but the overseas block is also providing with services that can be provided on demand.

With being in the heart of the society, it adds more beauty to the entire housing society. Nonetheless, it is at the prime location of the society and very near to all the facilities being provided in Capital Smart City.

The block is built and expected exclusively for abroad Pakistani residents who have procured the excellent taste of living in different countries. It is one of those blocks being developed that will surpass the remainder of the lodging society. What’s more, put fairly a brilliant stamp on the whole housing society also. 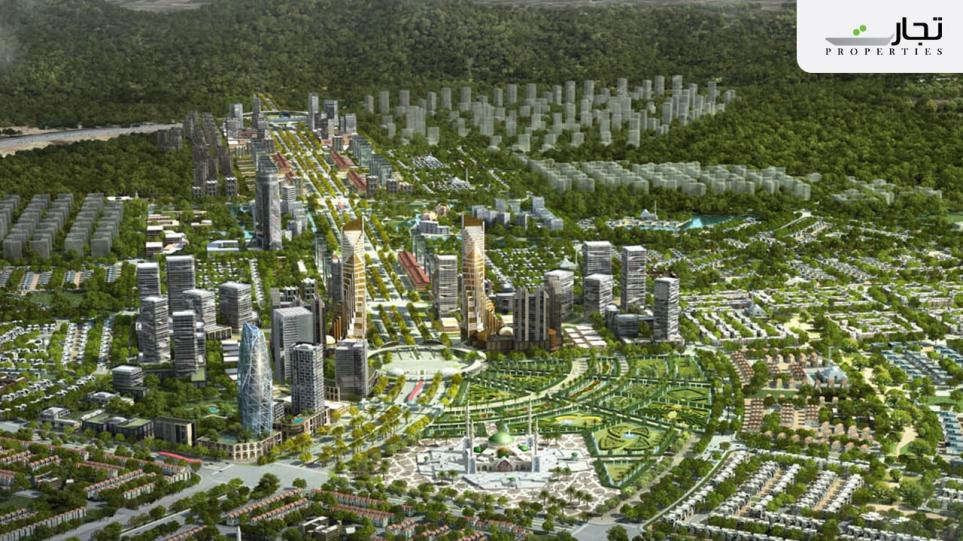 Real estate is one of the most safest and reliable way to invest within Pakistan. The real estate business has grown quite hugely in Pakistan and many individuals find it much more easier to invest into real estate.

The real estate in Pakistan is the authentic industry for a profitable investment, but it is very important to keep track of location of the land, developer’s history, take-off plan of the project and time while investing.

Islamabad is one of the most beautiful capitals of the world. Surrounded by lush green mountains and nature. Islamabad has been a prime location for investing into housing societies. This tremendous city is spreading its wings towards its outskirt of city to accommodate the influx of population.

A lot of major development has been seen to happen around many of the outskirt regions of Islamabad as well. The most prominent feature that people have chosen to reside and invest in, are the housing societies being constructed on the M2 Motorway that connects Islamabad and Lahore. Which also makes these housing societies very close to the new Islamabad International Airport.

Capital Smart City is one of those housing societies that is 5-7-minute drive away from the airport. Which puts it a very prime location for development and construction. Capital Smart City is the first ever smart city being developed and created in Pakistan and the 4th one in Asia.

The housing society is being developed in a way that it will feature all sorts of smart features for its investors and residents. It is also in fact the largest housing society being in its area. With acquiring almost 88,000 kanals of land.

Capital Smart City is an absolute fantastic place to invest in right now. As it is very popular in the eyes of investors. Not only this but smart city is a joint collaborative project of Future Holding Developers and Habib Rafiq (Pvt.).

One of the main goals that the housing society has is to make sure to have a friendly free environment in which residents of all age may reside within. The society is going to consist of the world renowned Movenpick Hotels and Resorts, and the Harradine Golf Courses.

The housing society also has another important factor which is non-negotiated whilst purchasing a home for your family is the security condition. It is always crucial to highlight that in the lack of appropriate security and security mechanics, an investment location is regarded as useless.

Capital Smart City has decided to equip the security infrastructure in the housing society with advanced security and surveillance. They have provided security with 24/7 hours surveillance cameras and have hired special society guards’ squad.

The housing society provides another feature which is the “overseas block” The overseas block is specifically designed for Pakistani citizens that are residing abroad. This block will deem as a safe and reliable way for them to invest within Pakistan.

Capital Smart City offers a variant range of facilities and amenities. And all these facilities are of the absolute state of the art. And all facilities being provided are of “smart technology” based. That’s what makes Capital Smart city different from other housing societies.

In the past two decades or so the concept of out of city housing societies have been on the rise in Pakistan. And especially in the main metropolitan cities of the country like, Islamabad, Karachi, Lahore, Multan etc. etc.

Capital Smart City is an up and coming housing project located near the new Islamabad International Airport and is seen to be very popular in the eyes of investors. Furthermore, it is the first ever smart city being developed and constructed in Pakistan.

It has great, smart features and amenities for its investors which makes it more worthwhile and a great housing society to definitely invest in. Along with being developed and constructed on a 5-7-minute drive from the new Islamabad International Airport, it is also one the biggest housing societies in its locality.