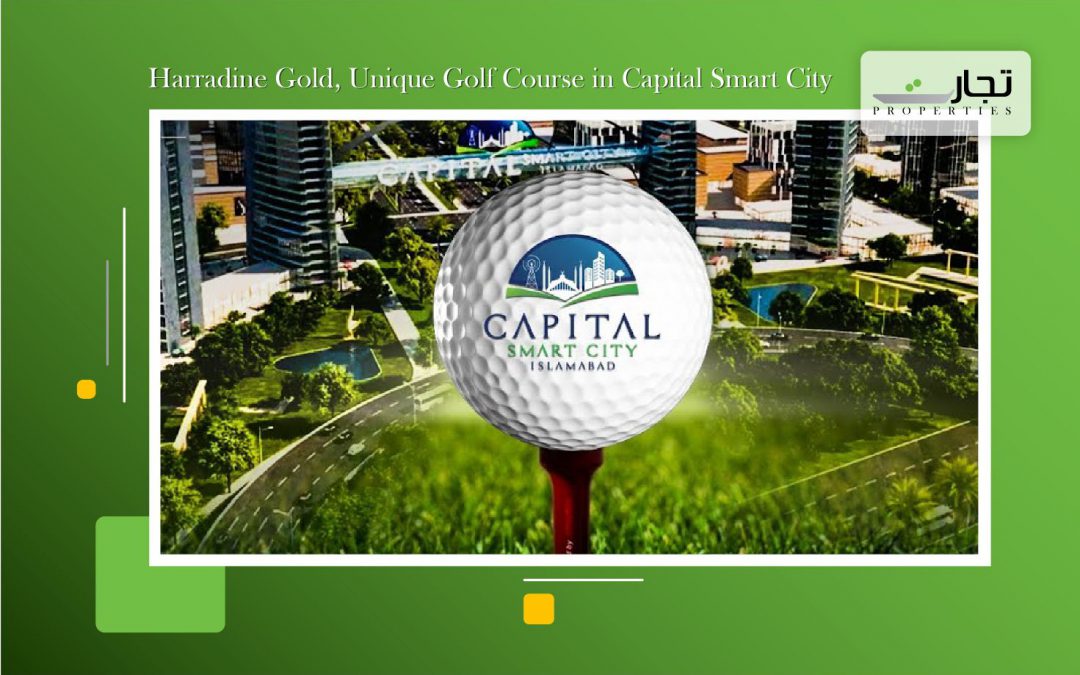 Capital Smart City is currently the talk of the town is popular in the eyes of many investors. Due it having many salient facilities and features that are very different from most of the housing societies in the area.

Capital Smart City has a league of its own. It is a collaborative project between Future Holding Developers and Habib Rafique (Pvt.). Both of these companies have created quite a name for themselves in the real estate industry of Pakistan, and it seen that they will continue on doing so by working on many new projects.

Capital Smart City is located in a very prime location of Islamabad. It is a 5-6-minute drive from the new Islamabad International Airport. It is situated on the Lahore-Islamabad Motorway M2. Which makes it easier to be accessible for individual traveling from the motorway to enter the housing society.

Not only this but Capital Smart City is one of the housing societies that is also being developed with the help of a Singaporean firm known as “Surbana Jurong.” This firm is helping with creating and development of the master plan of the housing society. Surbana Jurong is currently one of the largest Asia-based urban, engineering and infrastructure consulting firms, comprising of a global team of over 16,000 employees across more than 120 offices including architects, designers, planners, engineers, and other specialists.

The principle essential focal point of Capital Smart City is to establish and build up a climate on improving the regular highlights of the general public and the arrangement incorporates new foundation, for example, a public transportation network with deliberately positioned stations, a focal road and tall structures are completely coordinated into the ground breaking strategy of Capital Smart City Islamabad.

The concept of this project revolves around the idea that the innovative new destination will provide an opportunity to live, work and play, and attract foreign investment. A Smart City aims to provide a unique, sustainable development and services in its surroundings. Capital Smart City Islamabad fulfills all the requirements of an enthralling smart city.

A large plan of the master plan is to create a unique and diverse society to reside in and is focused upon enhancing the natural features of a society. And a society that includes new infrastructure and the establishment of public transportation within the housing society. Capital Smart City is a great housing project to invest within. With many features and facilities providing at great prices.

Capital Smart City is at an advantage when it comes to its location. The developers of the housing society have been able to acquire land for the project very close to the new Islamabad International Airport.

The housing society project is a mere 5-6 minute from the airport. As it is being developed and constructed upon the Lahore-Islamabad M2 Motorway.

Capital Smart City has a plus point of being easily accessible from both of the twin cities, Islamabad, and Rawalpindi.

Capital Smart City is providing its investors and future residents with many state of the art facilities and amenities to make living much more easier and comfortable. The housing society is going to be the first ever society that consists of Smart Features. Following are some of the many facilities being provided:

With so many amenities being provided within the housing society it is very hard to ignore the fact that Capital Smart City is going to be an absolute one-of-a-kind housing project. All of these facilities and amenities are of the absolute best of the best standard and of the international standard. And not only this but there are many other facilities and amenities that are being developed and constructed.

By July 2020, the land acquired for Capital Smart City increased to 88,000 kanals. With having so much land they are able to create and bring more diversity to the designing of plots and houses.

Having so a wide range of alternatives to browse, the main thing is to understand what your financial plan is and to work alongside that. The more budget you have the more extravagances you can put into. 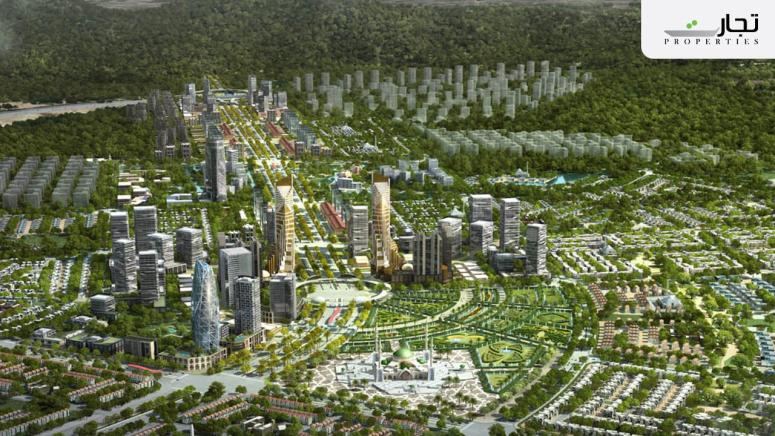 One of the unique things being offered in the Capital Smart City is the “overseas block”. The overseas block is a specifically designed block for overseas Pakistani citizens who are residing abroad.

The Overseas block is a safe way for overseas Pakistani residents to invest safely into their home country. Moreover, the block is being developed and constructed in the absolute prime location of the entire housing society. It will be the star of the entire society.

The concept of the overseas block is to make the sense of feeling of living back home when they are abroad. In the Overseas Block in Capital Smart City, the demands and needs of overseas Pakistanis are being fulfilled. The housing and construction will be done in the same manner as if it were their own homes back abroad. Not only these but the overseas block is also providing with services that can be provided on demand.

With being in the heart of the society, it adds more beauty to the entire housing society. Nonetheless, it is at the prime location of the society and very near to all the facilities being provided in Capital Smart City.

The block is constructed and intended solely for overseas Pakistani citizens who have acquired the exceptional taste of living abroad. It is one of those blocks being constructed that will outshine the rest of the housing society. And put somewhat of a golden stamp on the entire housing society as well.

The block will consist of all of the needs and demands of the overseas Pakistani citizens. Along with establishing and designing the block in such a way that will make them feel as if there is no difference between living in Pakistan and abroad. 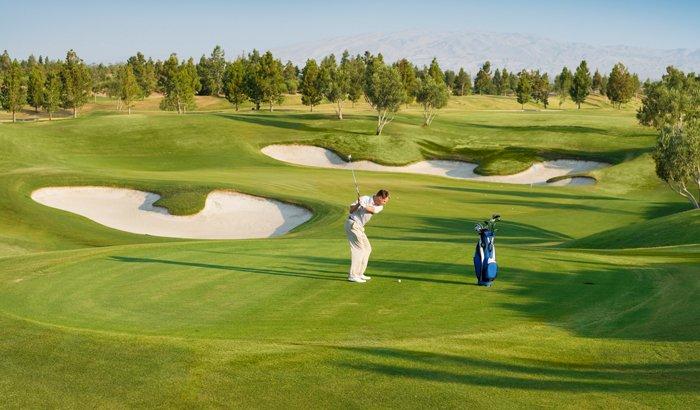 The first ever Harradine Gold Golf Course was made and designed in 1929 by Donald Harradine in Switzerland. Which, hence, led to the creation and the establishment of Harradine Golf.

Harradine Golf has designed, constructed, remodeled, and supervised the construction of more than 200 golf course projects in Europe, Africa, Asia, and the Middle East.

Capital Smart City is honored to have the pristine Harradine Golf company, working upon their 18-hole golf course. An 18-Gap Golf course will be contrasted in a true hill-style course to enhance the entertainment value in the society. Bringing more beauty to the entire housing society. Harradine specializes in utilizing any site and turn into a landmark.

Peter Harradine said that the proposed sit for the golf course is one of the most beautiful and challenging sites the team has ever worked on. He said: “The design of the golf course, and the zoning of the real estate, will be a considerable challenge due to the many small valleys and frequent elevation changes. This feature will ensure a unique course, especially as the terrain is rugged, with level differences of up to 30 meters.”

The concept of housing societies has been the new trend for the past two to three decades or so and is seen to be continue and functioning at a rapid speed and will be doing so. And people have started to prefer investing in housing societies as they have tend to become more reliable and safe ways of investing money in.

Capital Smart City is one of the most top leading housing societies and one of the first “Smart” city housing society in Pakistan. It is developing at a very fast rate and is soon to be bombarded with many investors and resident.

Such societies are the reflection of the vision of the owners and developers who have dreamed of providing a place to live which offers extravagant lifestyles at affordable prices.

Capital Smart City will soon have the utmost honor of having the establishment of Harradine Gold Golf courses being constructed within the housing society. Being able to be recognized by international standard companies that design and create golf courses worldwide is also a prime function for Capital Smart City.

With the development and construction of a golf course it will add more to the value for Capital Smart City. Nonetheless, from a company that has been developing and designing golf courses for more than 90 years. And has been recognized worldwide.

This is going to be a very beneficial step for Pakistan. As it will help in the country gaining more recognition, by other international firms and companies, to invest in. This investment is going to help in creating more international acknowledgment of Pakistan in terms of real estate and be able to open doors for the county.