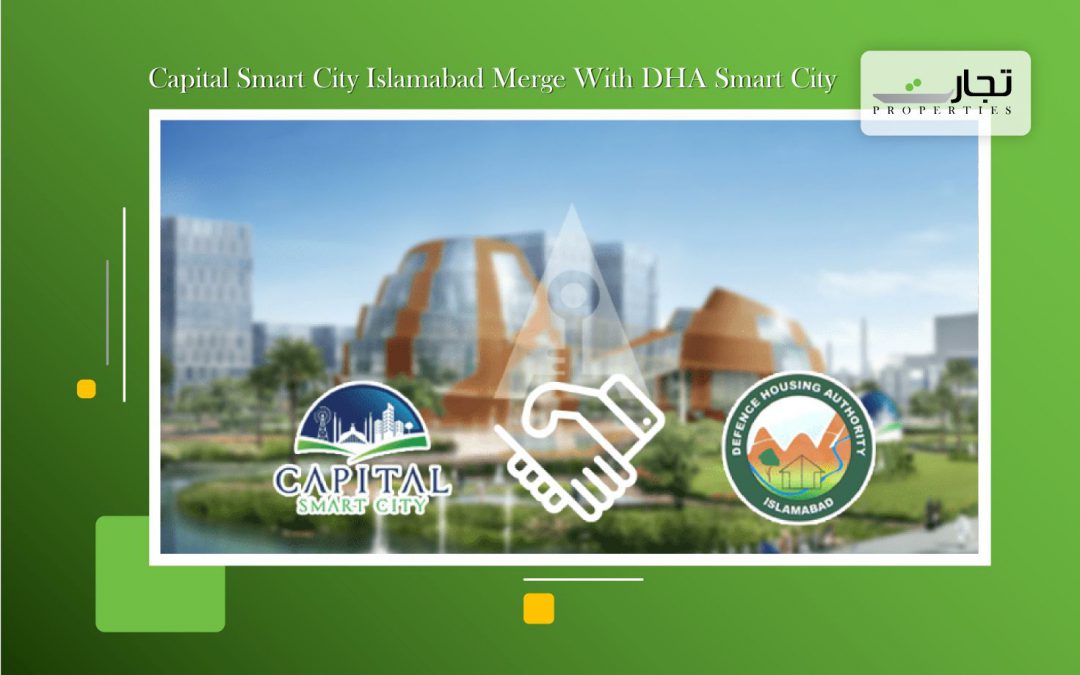 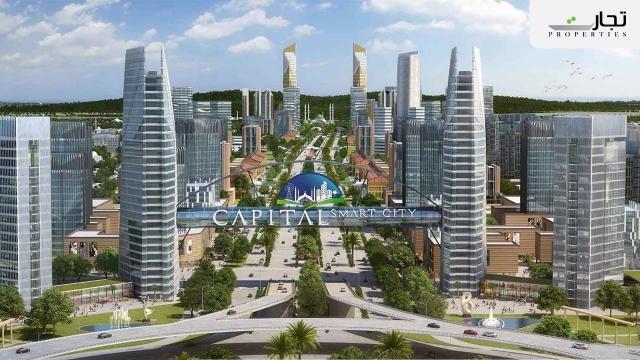 Capital Smart City is a very hot topic right now and it is seen to be very popular in the eyes of investors. In addition, it is the first-ever housing society that is using smart features to function with.

Capital Smart City Islamabad is called a smart city because it is developed on the latest urban planning principles with optimum levels of efficiency in its management and functionality. In addition to this, the blend of high-tech equipment will enhance the living experience of the inhabitants. This is the sole aim of this housing establishment, to uplift the living standards of the people at the global level in the most sustainable manner possible to date.

Capital Smart City is a collaborative project between two well-renowned companies, Future Holding Developers and Habib Rafiq (Pvt.). Both of these companies have made a name for themselves within the real estate industry and business of Pakistan.

Moreover, the master was developed by a Singaporean firm known as Surbana Jurong. Which is one the largest Asia-based urban, engineering and infrastructure consulting firms, comprising of a global team of over 16,000 employees across more than 120 offices including architects, designers, planners, engineers, and other specialists.

This is the first ever sophisticated housing society that is being constructed on the basis of modern architecture and design to fulfill the sustainability and demands of the residents. where they will have every world-class facility at their doorstep. It is designed to enhance the natural features of the society like an immaculately handcrafted sculpture.

And to fulfill these demands, Capital Smart City has hired the best of the best architects and designers to bring modernization and to create a different kind of housing society, so that it may stand out from all the other housing societies, in Islamabad.

This is the most favorable time to invest in a smart city because, yet it is in infancy and you may acquire plots at affordable prices. This investment will be safe and beneficial in the long run. This investment would be the best decision of your life. The plots in the society are classified and developed that a person from a humble background may buy a property in a smart city.

One of the main advantages of Capital Smart Coty is its location. It is one of the few housing societies that is located near the new Islamabad International Airport.

The housing society is a mere 5-7-minute drive from the airport and is at a 20 kilometers distance away from the main Islamabad city zone.

Capital Smart City is located on the Lahore Islamabad Motorway M2. And is at a 9,2 kilometers away from the Toll Plaza.

With so many wonderful and high-end, international standard of facilities and amenities, which investor would want to say “no”? Capital Smart City has so many amenities to offer and many more to come as soon as the housing society has been developed.

Capital Smart City is a housing society of more than 55,000 kanals of land. Which is 10 times greater than most of the neighboring housing societies.

With having so much land they are able to create and bring more diversity to the designing of plots and houses. Not only this but the developers and designers have been in talks with trying to acquire more land to expand that area of the housing society.

Moreover, as of July 2020, the land total land acquired for the housing society is now 88,000 kanals. And this is now the biggest housing society within the locality of the area.

Having so many different options to choose from, the most important thing is to know what your budget is and to work along with that. The more budget you have the more luxuries you can invest within. Knowing what your budget is very important because that will help you in choosing what plot size and residence you want to invest in. 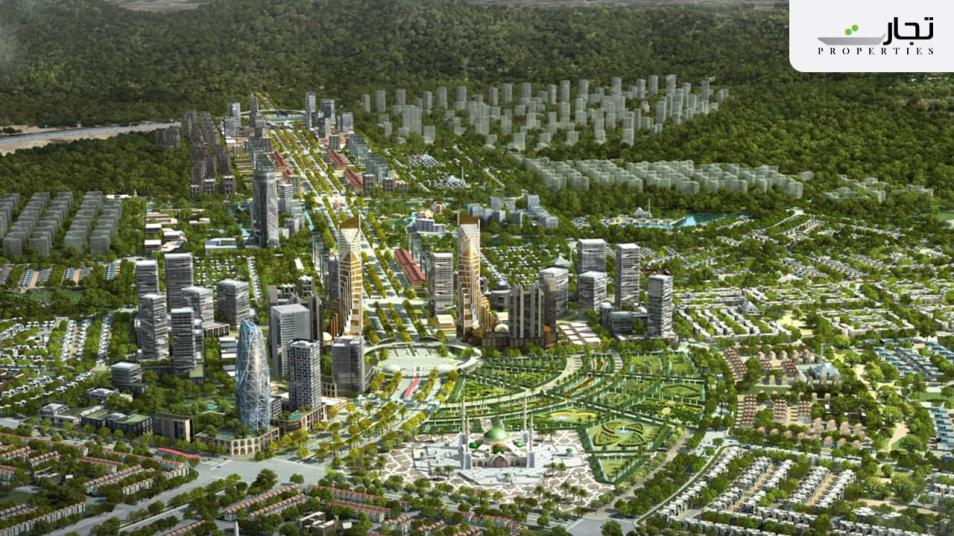 In the Overseas Block in Capital Smart City, the demands and needs of overseas Pakistanis are being fulfilled. The housing and construction will be done in the same manner as if it were their own homes back abroad. Not only these but the overseas block is also providing with services that can be provided on demand.

Seizing full advantage of advance technologies, this block can provide you a feeling of luxury and belonging. If you wish to be the first of many to make the most of that futuristic idea of houses that will aspire one to live and gain from ultramodern technology along with absolute comfortability.

The overseas block is a more luxurious and posh area of the housing society, but it is one of the prime locations and districts. If one has more budget, they must definitely invest within the Overseas Block. 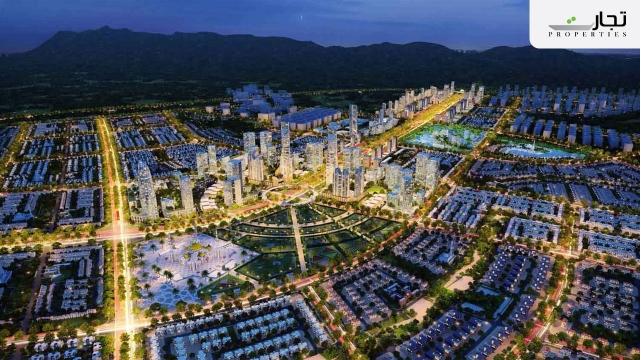 In the very current real estate news, there are rumors arising of DHA (Defence Housing Authority) having a partnership with Capital Smart City.

With many other projects being initiated in other metropolitan cities as well, including Faisalabad, Gujranwala, and Bahawalpur.

If the rumors are true for both of the housing societies, then it will be a great benefit for the people who have already started investing into the project.

Despite all the rumors the officials and developers of both the societies have successfully kept the information regarding the merger hidden and silenced. After the merger, the name of the society will be changed from Capital Smart City to “DHA Smart City”.

The genuine reason for the merger is the harming effort intended to malign and debilitate individuals to invest into the housing project. The administration of Capital Smart City found a shrewd arrangement not exclusively to restore their standing yet in addition reinforce attaches with one of the most renowned housing society in Pakistan.

This progression will make sure about the venture for a broad period and furthermore give a feeling that all is well with the world to the investors, investing within the housing society.

With the merger of Capital Smart City and DHA, the prices for plots and other residential projects will fluctuate. Along with if the increment in these prices something has to do with the official announcement of this much awaited merger.

Additionally, the paperwork between DHA and Capital Smart City is all complete. It has been advised to many that if they want to invest within the collaborative project of the two housing societies than, right now is the best time and opportunity to invest.

With the collaboration of DHA, Capital Smart City will be able to turn into a more deluxe and luxurious housing society to invest and reside within.

With the many people migrating from rural to urban life for better life opportunities, most of the main metropolitan cities are becoming overcrowded and populated. Hence, the need for out of city housing societies are on the rise.

Many of Pakistan’s major cities have had development of housing societies in the outskirts of the city’s hustle and bustle life. And more people prefer to get away from all that environment. Not only this but housing societies are seen as a great and reliable investment opportunity.

Capital Smart City is a great investment opportunity for many, along with it having so many smart features and amenities that no other housing society is providing and being located at the most prime location in the capital territory of Islamabad. Along with being at a 5-7-minute drive from the new Islamabad International Airport.

In very recent news Capital Smart City is being merged with DHA. Which will than later be named as “DHA Smart City.” This is a great investment opportunity for anyone who is looking for investing in a great housing society in a great location.

There will be an increase in the prices of the plots and other residential projects. If the two housing societies are able to merge, then it will create a great benefit for both of the housing societies and future investors and residents.